We met in graduate school in 2011 while we were earning our Masters Degrees in Education. I made the first move by asking Jo to borrow a pencil- cliche, I know! But it got the conversation going and we realized that we had a lot in common. I watched Jo perform in an Improvisation show shortly after, and we have been inseparable ever since.

Jo Wally and I have the same eye prescription, so I knew she was the one when I realized my glasses collection could double in size. We see the world in the same way… Literally. Really though, I fell in love with Wally over a spontaneous trip to Puerto Rico after only dating for about two weeks. The traveling, adventure, and spontaneity continues to this day.

Wally I was immediately drawn to Jo’s welcoming smile and warm spirit. Before we started dating, I gushed about her constantly to close friends, referring to her as “the girl with the beautiful smile.” Through our initial interactions, I learned that she is kind-hearted, extremely caring of others, and can make me laugh for hours. I knew right away that we would one day be here.

We had been secretly planning to propose to one another for months, telling our family and friends to keep the information from each another. Jo beat me to the magical event when she proposed.

On June 28, 2013, Jo shared a short movie that chronicled our life together, with the final scene asking me to look out of the window of our apartment. On the sidewalk, in chalk, were directions to find our cat, Noah. When I found him, he wore a collar that read, Will You Marry Me Jo got down on one knee, pulled out the most beautiful ring, and asked me to be her wife in Spanish! We incoherently cried at one another for quite some time. I proposed later that day using the Red String of Fate, our idea of how we came to be.

As part of the day, Jo had planned a surprise engagement party (with the help of our mothers) at a restaurant in my childhood neighborhood. The night ended with the support of family, friends, tres leches cake, and champagne.

Ironically, Wally found the Stroudsmoor Country Inn in an article on TheKnot.com. She saw pictures of a wedding held at the Woodsgate Chapel and fell in love with the scenery. When we visited, we felt that it was a very spiritual place, and knew that it would be a memorable experience for our families escape the city for a weekend. When same-sex marriage became legalized in Pennsylvania three days after our visit, we knew it was a sure thing.

The Stroudsmoor staff has been impeccably attentive to the details of our big day, keeping us organized and on a timely schedule. They are able to see the larger picture while allowing us to craft the special details that are important to us. The staff has been gracious and hospitable in helping us structure a wedding that is reflective of our personalities and relationship. Most of all, they are purposeful about making sure that we take moments to pause and enjoy this eventful time in our lives. 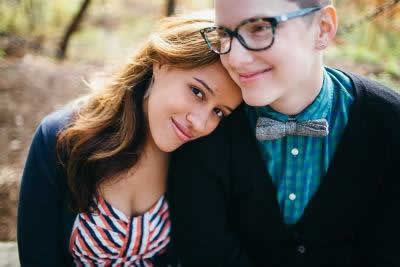 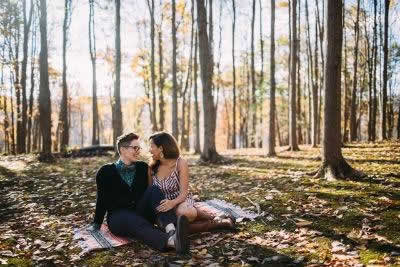 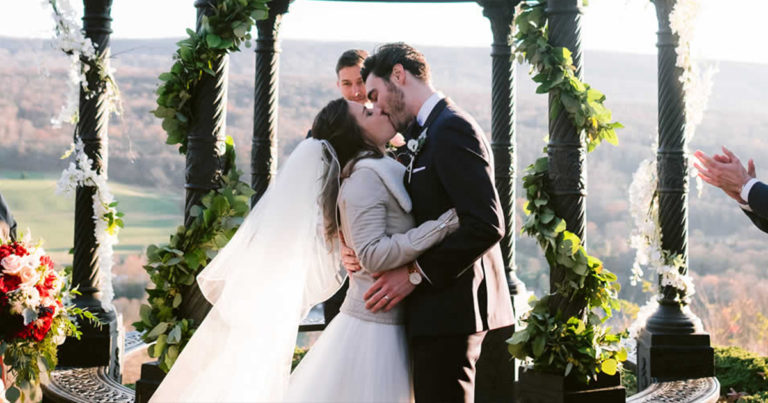 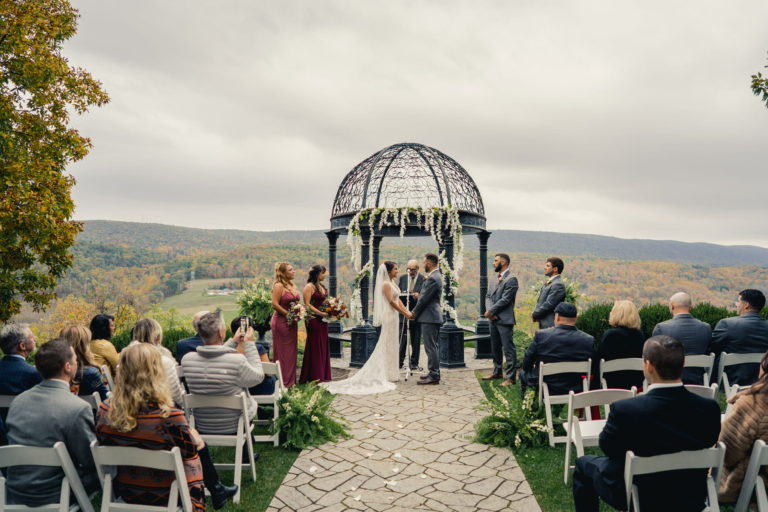 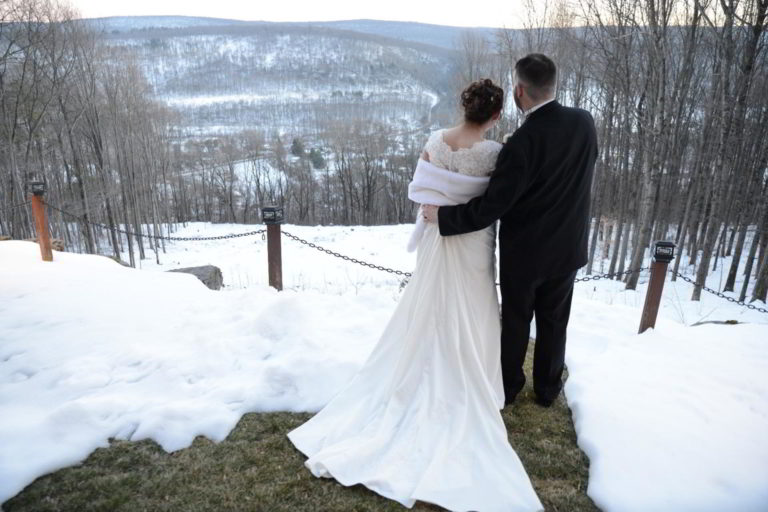 Consider having your ceremony in one of Stroudsmoor’s six indoor/outdoor wedding venues.