This love story began in February 2015.

Steve was halfway through the first year at his new job as a teacher at Tottenville High School. Megan was finishing her Master’s Degree in Speech-Language Pathology, and was working part time as a substitute paraprofessional.

As luck would have it, Megan was assigned to a student in Steve’s class. After the first class was over, Steve, being the gentleman that he is, tried walking Megan to the next room where she was assigned. Megan turned him down, and told him she was able to find her own way.

After work that day, Steve decided that he would go to the gym. There she was! Coincidentally, Megan belonged to the same gym. Over the next few weeks, they kept running into each other after work. After several chance encounters, and conversations at the gym, Megan finally surrendered her phone number to Steve.

First impressions from the happy couple.

The proposal was incredible.

Steve and Megan decided to go on a vacation with Steve’s friends to Iceland. One of Steve’s friends carried the engagement ring onto the plane with the receipt and a note urging airport security to keep the ring a secret. Thankfully, the ring made it through security without being noticed by Megan.

Iceland is known for its volatile weather. Heavy rain and snow, chilly to mild weather with overcast skies. However, every day in Iceland was a beautiful and sunny day – except for the big day. Leading up to the proposal, there were torrential downpours with winds from 20-30 mph. The group of friends took a bus headed to Skógafoss Waterfall. This is where the proposal was to take place. Gusts of wind rocked the bus back and forth … the situation was not looking good.

The rain was cascading over the bus in sheets and the waterfall was throwing a heavy mist into the air. The scene was quite uninviting. Megan looked at the waterfall, and immediately wanted to get back on the bus. The tour guide – who was also in on the proposal – asked Steve, “Are you sure she’ll say yes?” Steve was determined. He dragged Megan off the bus, and got her close enough to the waterfall to pop the question. The scene was epic! Steve hired a local Icelandic ‘incognito’ photographer who took the most breathtaking photos! The remainder of the day was spent touring Iceland with the photographer and friends. After their photo tour, the group eventually made their way back to town for a nice dinner and celebration.

Stroudsmoor by chance … a diamond in the rough.

Megan and Steve’s first getaway together was to the Poconos. They had an amazing time. The Poconos holds a special place in their heart. While exploring, they saw an advertisement for Stroudsmoor and decided to take a trip to take a look. After experiencing the scenery, the hospitality, and proximity to where they lived, Megan and Steve made their decision!

Planning with Linda and Stroudsmoor was very accommodating. Wedding planning is daunting, but the professional Stroudmoor team made everything seem easy. When the pandemic threw everyone for a loop, the Stroudsmoor team seamlessly pivoted, keeping the wedding on track. Megan and Steve appreciated Stroudsmoor’s transparency with the unknown, and their willingness to work with the couple to keep them comfortable and happy with the process.

The decision to postpone was not easy.

The original wedding date was in June 2020. The couple decided to postpone to December – two very different times of the year. They decided to postpone in early May. At the time it was a difficult and upsetting decision. However, around that time, Steve’s father was diagnosed with Stage 4 Small Cell Lung Cancer and was not given a very good prognosis. After this discovery, the postponement seemed trivial.

Megan and Steve chose to have a minimony, because through everything, they realized tomorrow is not guaranteed. They love each other and wanted their family to share this event with them, including Steve’s dad. The day of the wedding was December 19th. Unfortunately, Steve’s father passed on December 18th. They decided to push forward with the ceremony with the lovely thought that Steve’s dad probably had a pretty good view of the ceremony and reception.

Although Megan and Steve couldn’t share this happy occasion with all of their closest friends and family, one detail they loved was the intimate size of the party. It gave the couple enough room to enjoy each other’s company, while having enough time with everyone who was able to attend. They were pleased with how much fun the guests had.

The food and beverage was delicious.

Hors d’oeuvres were plentiful … you could grab one, finish it, and turn only to be greeted by another completely unique tray. The entrees and pasta dishes were also delicious! Steve’s younger step-siblings, who are very picky eaters, were greeted with custom pasta dishes the entire night. The Stroudsmoor staff made sure to accommodate everyone from dietary restrictions to picky eaters.

Steve’s favorite memory from the minimony at Stroudsmoor is sweeping his newly minted wife off her feet in front of family and friends during the first dance. 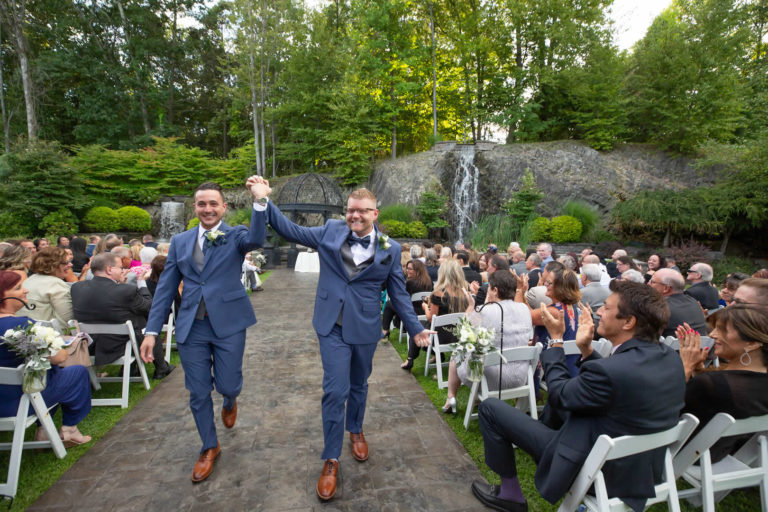 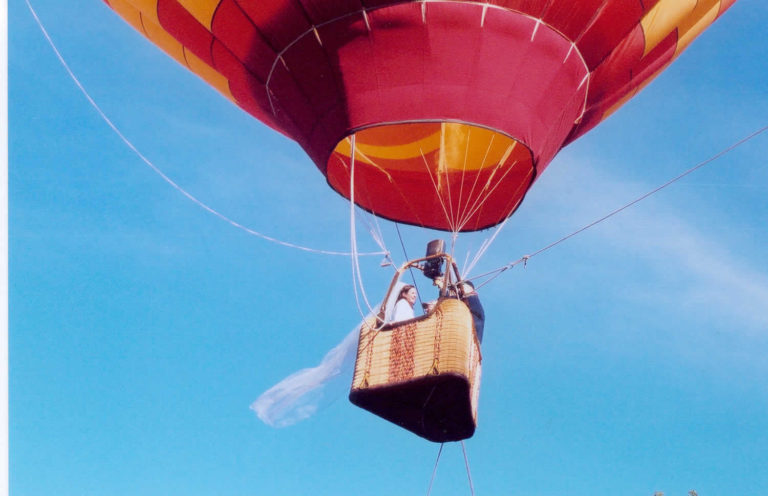 Coming and going in vintage style . . .

How will you arrive to your wedding . . . in a traditional limo or in a WOW wedding vehicle? Stroudsmoor can arrange your signature mode of transportation to and from the wedding. Start and end the wedding with a 1-2 punch your guests will remember! Send us your ideas for wedding transportation and we will send you ours! 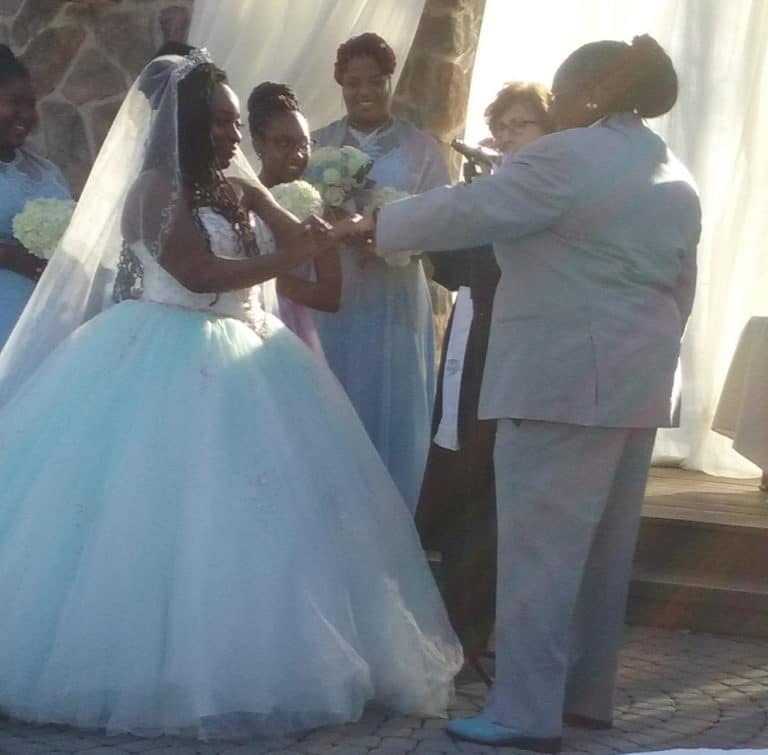